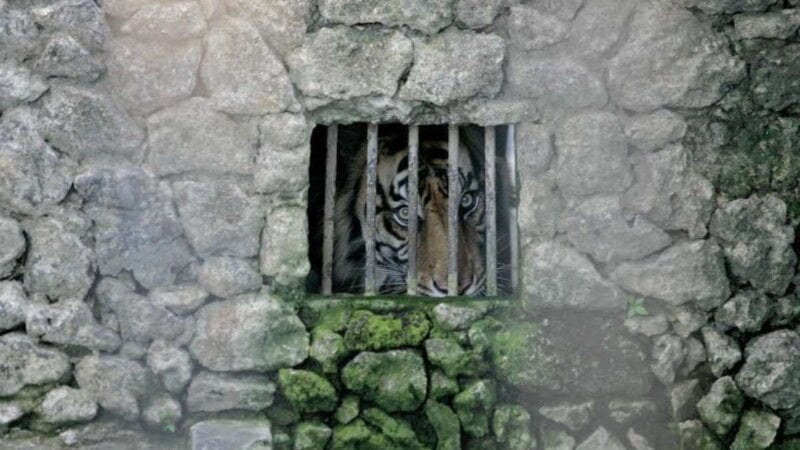 Surabaya Zoo, also known as Bonbin, is a 15-hectare zoo located in the city of Surabaya in East Java, Indonesia. Often referred to in the media as "the world's cruelest zoo," the Surabaya Zoo has seen one tragedy after the next in recent years -- from a young lion found hanged in his enclosure and a giraffe with plastic lining her stomach to a tiger fed with meat laced with formaldehyde. A total of 43 animals died at the zoo between just July and September of last year. Journalist Richard Shears blew the lid off the zoo with his harrowing photos. The advocacy group Asia also has an email form to send a letter to 145 Indonesian embassies and consulates around the world, calling for action to close the zoo and release or rehabilitate the 2800 animals.